Auckland Council seems to be ducking and weaving in defence of its decision to allow a subdivision on the Unitec land without the full traffic impact assessment the rules apparently require.

Against the advice of its own transport agency and with the misgivings of a lead planner, the council last month granted Ngāti Whātua the right to subdivide land it owns within the Unitec block.

The decision was made by a duty commissioner and raised local concerns that it appeared to over-ride a key requirement of the independent hearings panel that established the Wairaka Precinct under the Unitary Plan.

The Mt Albert Residents’ Association (MARA) and local planner Craig Magee insisted it was made clear under the Unitary Plan provisions that such applications would trigger the integrated traffic assessment (ITA) that Unitec failed to produce at the formal hearings.

The issue is seen by locals as vital because it puts traffic measures and concerns at the top of the list – to be considered and actioned at the outset and not at stages throughout the development of the project. 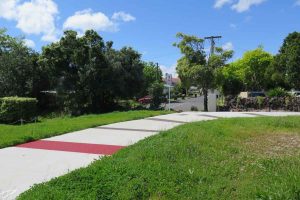 But the commissioner decided the iwi proposal did not fall within the scope of that commitment – and now the subdivision work can begin around the end of Laurel St without regard to the overall traffic impact of the whole precinct development.

MARA co-chair Sir Harold Marshall wrote last month to Mayor Phil Goff and councillors, asking: “Was this a deliberate abrogation of the recommendation of the hearings panel? Or could it have been a simple oversight by the duty commissioner?

“Either way it demonstrates a failure of process, as the [council] governing body accepted the recommendation of the duty commissioner and she was demonstrably mistaken.”

The responses covered all the background, but skirted around the issue of whether a mistake had in fact been made.

The council letter, in the name of Anna Wallace, manager of premium resource consents, said: “In the Unitary Plan, there is a special information requirement for the first resource consent application for subdivision of this site to include an Integrated Transportation Assessment (ITA). Ngāti Whātua submitted a localised – rather than precinct-wide – ITA with its application which was assessed by Auckland Transport and Auckland Council’s traffic engineer.”

She listed the commissioner’s conditions attaching to the subdivision consent, including:

–         A physical barrier to be built between Laurel St and the Unitec land to restrict vehicles in the meantime.

–         Restricting the Ngāti Whātua subdivision to a total of 120 housing units until a precinct-wide ITA is approved.

Sir Harold said in a return personal letter to Dr Casey yesterday that the special conditions proposed by the duty commissioner, while worthy in themselves, did nothing to explain the reasoning that led to the consent being granted.

“Rather, they obfuscate the fact that the consent contradicts a specific requirement of the Unitary Plan,” he wrote.

“As a starting point, from MARA’s perspective, an acknowledgement that an error was made by council is necessary.  Perhaps the conditions imposed will then go some way toward ameliorating the effects of this error and expedite the provision of an ITA for the entire precinct as is required by the Unitary Plan.”

After hearing the response to MARA and Mt Albert Inc, Craig Magee said the question remained: “Why did the council, via the duty commissioner, dispense with the need to meet the information requirement for the very first application when the whole basis of the requirement was to ensure that no subdivision or other development takes place until the ITA is provided and approved?

“The reasoning for having the ITA first was so the ITA isn’t compromised and limited by any granted consents. Unfortunately, now it will be.

“In terms of specifics, why did the decision say, explicitly, that the ITA requirement did not apply, when it clearly did?”

Mr Magee says Laurel St will be a key link between the precinct and the southern neighbourhood, and precinct provisions require steps such as traffic calming to limit effects on that neighbourhood.

“How is granting subdivision consent at the Laurel St/precinct interface, before an ITA is submitted or approved, consistent with that?” he asks.

“… For some reason the council appears to be facilitating this for them. Of course the background context to this is the council seeming to lack interest in this fundamental issue during the Unitary Plan hearings process. It continues to provide the appearance that the landowners are calling all the shots, and all the local community can do is react after the fact.”

·         The ITA was originally expected to be made public in October/November, but obviously will not now be produced until next year.