As a High Court judge weighs the merits of a case designed to interrupt the plan to change the shape of Chamberlain Park, the two main combatants continue to trade blows away from the courtroom.

The Save Chamberlain Park group, representing golfers from across the city, has challenged the Albert Eden Local Board’s right to proceed with a development that will take away the 18-hole public course established more than 80 years ago.

The course had always been owned by the old Auckland City Council but the board effectively became its guardian after the creation of the supercity in 2010.

In place of the full course, the board proposes a new nine-hole layout, driving range, sports fields, more public areas and perhaps a new aquatic centre to replace the pool in the grounds of Mt Albert Grammar School that is on borrowed time. 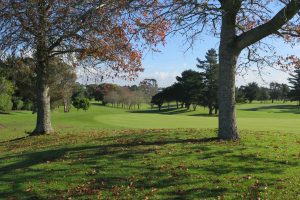 The pro-golf group wants the course left as it is, arguing it is an asset with city-wide benefits, and also questions the public consultation process, which it considers to have been flawed – a claim the board rejects.

Justice Simon Moore has heard an application for a judicial review of the process followed by the local board and both parties are now waiting for his decision.

In the meantime, Save Chamberlain Park has obtained documents under the Official Information Act which it says show the board will spend “a whopping $15m” (as against the $3.5m-$4m in the original redevelopment masterplan) of ratepayer money to create two sports fields as part of the redevelopment. It also claims the board has over-stated the need for more sports fields in the area.

But board chair Peter Haynes says the group is being “so selective it’s misleading” and it is “exceedingly unlikely” that the sports fields will cost anything like $15m.

The new cost figure came in a council investment summary and the high cost of the earthworks and 63,000 cubic metres of fill (at $50 a metre) was a major contributor.

But Dr Haynes says using fill from earthworks at big city projects like the Central Interceptor and the city rail link would significantly cut costs.

The chair of the pro-golf group, Geoff Senescall, says $15m is a “ridiculously huge expenditure” for two sports fields.

He says the board claimed in its 2014 three-year plan there was a “critical shortfall of open space in Albert” and a “critical need for playing fields”.

But in its 2017 plan the board dropped both claims, saying only that “open space is limited” and that it would advocate for sports field upgrades that “make more of our fields usable all year round”.

“What checks and balances are there in the system that allows the council to green light funding for sporting resources that are not needed – and at the expense of a well-used and needed public golf course?” asked Mr Senescall.

But Dr Haynes says the Chamberlain Park upgrade, which includes the sports fields, will pay for itself in five to 10 years, depending on whether lights are installed on the driving range, allowing it to operate into the evening.

He insists “It is absolutely the case that we need more sports fields” and the board has looked carefully at every potential field in its area for upgrading, and identified every possibility. It pioneered the hybrid grass/fibre matting surface on Nixon and Gribblehirst parks and will use it on Fowlds Park.

As an example of the shortage of sports fields, he points to the Central United Football Club, which received a local board grant of $30,000 last year towards the cost of hiring fields from schools “because council doesn’t have enough fields for them. They would dearly love to expand their juniors programme, but can’t.”