Mt Albert advocates say Auckland Council’s rigid response to criticism over the decision to allow the first sub-division on the Unitec land could be “the thin end of the wedge”.

The Mt Albert Residents’ Association (MARA) and local town planner Craig Magee say council statements virtually concede a mistake has been made – but nothing is being done to change the decision.

Against the advice of its own transport agency and with the misgivings of a lead planner, the council last month granted Ngāti Whātua the right to subdivide land it owns within the Unitec block.

The decision was made by a duty commissioner and raised local concerns that it appeared to over-ride a key requirement of the independent hearings panel that established the Wairaka Precinct on the Unitec block under the Unitary Plan. That obligation meant the first sub-division application would trigger the integrated traffic assessment (ITA that Unitec failed to produce at the formal hearings.

The issue is seen by locals as vital because it puts traffic measures and concerns at the top of the list – to be considered and actioned at the outset and not at stages throughout the development of the project. 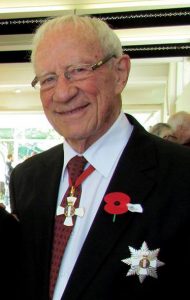 After receiving what he considered an unsatisfactory response to earlier queries, MARA co-chair Sir Harold Marshall (pictured) has now received a full explanation. But it does not acknowledge an error was made and seems to skirt around other issues relating to the application.

Sir Harold says the matter is important to MARA because “it could be the thin end of the wedge – the start of a progressive weakening of the planning safeguards enshrined in the agreed provisions of the Unitary plan.  These should not be subject to the whim of council staff.  That is why an acknowledgement of the error needs to be in the record”.

The residents’ association endorses the council’s goal of “driving engaged participation and robust decision-making”, he says, and is testing that resolve to achieve “the best outcome for the Mt Albert community”.

Mr Magee, meanwhile, has worked his way through the latest council statement and challenged many of the points made. His assessment:

Council: “It is not considered that there was an error made in terms of processing this application. The Applicant was requested to provide an Integrated Transportation Assessment (ITA), or await (or work collaboratively with) Unitec / WLC to have their ITA approved by AT.”  Mr Magee: The provisions don’t provide an ‘await’ option.

Council: “The preparation of a comprehensive ITA requires the scale and nature of the development for the entire Precinct to be inputted into the modelling in order to determine the likely traffic generation requirements and impacts on the local transportation network. This in turn enables the ITA to determine what transportation improvements are required, and therefore what costs are attributed to each landowner.” Mr Magee: This is why everyone ultimately agreed, in the strange absence of sufficient evidence being provided at the hearings to justify such intensification of the precinct, that it was the least worst-option in terms of allowing the proposed changes. The landowners agreed to the ITA coming first, and so did Auckland Council.

Council: “The Applicant own a relatively small portion of land within the Precinct (with Unitec owning the vast majority) and therefore, providing accurate development estimations for the remainder of the Precinct (not in their control or ownership) was not realistically possible.” Mr Magee: Then why did they agree to this process at the Unitary Plan hearings? Further submitters made decisions based on this 11th hour agreement between the landowners and Auckland Council, despite it being poor resource management practice to approve just intensification without being sure of the traffic implications. And yet the landowners and Auckland Council have both now reneged on this requirement. This significantly undermines the hearings process and outcome. This is of considerable concern to the many people who gave up substantial amounts of their own time to fight for that still-inadequate outcome (an ITA prior to any subdivision or key land-use consents being granted).

Council: “The Applicant was unable to await indefinitely for Unitec to have an approved ITA (they had waited for most of this year as an approval to the draft ITA seemed imminent), and they were unable to provide the forecasted development inputs required to undertake their own comprehensive Precinct-wide ITA.” Mr Magee: Their unwillingness to wait is irrelevant. That is what they agreed to do, and decisions by others (e.g. MARA and people they represent) were made accordingly. The Precinct Provisions reflected that agreement. The Council decision undermines the Precinct Provisions.

Council: “However, it is noted that the Applicant provided a ‘localised’ ITA to assess the impact of their development on the local roading network, and the Council was unable to refuse to process the application.” Mr Magee: A localised ITA is not what the precinct provisions required. The council could have declined the application, or notified it (as was recommended by the processing planner) – refusing to process it was not the only option and it is misleading to suggest that it was.

Council: “Overall, AT supported the proposal subject to a number of conditions, whilst Councils Traffic Engineer supported the development based on the assessment of localised effects being less than minor.”  Mr Magee:  To the contrary, AT wrote a long memo explaining why it should not be approved until a precinct-wide ITA had been approved.

Council: “The planner recommended several additional conditions be imposed, to ensure that the actual and potential effects of the development would be acceptably avoided, remedied or mitigated. Subject to these conditions, the Planner considered that the proposed development was not contrary to the AUP:OP, the effects were no more than minor, and granting the consent to the application will achieve the sustainable management purpose of the Act.” Mr Magee: To the contrary, the planner recommended public notification because the applicant refused to accept the conditions recommended by the planner. The report was written absent of those conditions. The duty commissioner went against the recommendation, and partly justified this by incorrectly stating that the application did not trigger then need for a precinct-wide ITA.

Council:  “As mentioned, consent was ultimately granted (with some changes) as they agreed with Council’s assessment of the application.” Mr Magee:  Incorrect; as noted above, the duty commissioner went against the recommendation.