Q and A with Sir Harold Marshall

Sir Harold Marshall outside his Mt Albert home. Nothing makes him more proud than to see his children and grandchildren succeed. PICTURES: JULIA THORNE

Sir Harold Marshall is a tireless contributor to the cause of making Mt Albert an even better place in which to live, and is co-chair of MARA. He is 86, though gets around the city and the world as if he were 20 years younger. Sir Harold was joint founder of Marshall Day Acoustics and has specialised in theatre and concert hall design. He is an architect, engineer and physicist and is recognised internationally for his contribution to concert hall design. Formerly Professor of Architecture in the University of Auckland and head of the Acoustics Research Centre, Sir Harold has almost 60 years’ experience in the acoustical design of auditoria and concert halls. He accepted a knighthood in 2009.

I was born here at 28 Woodward Rd, then my grandmother’s house and one of the three villas on remnants of the Woodward farm “Springleigh”.  The other two were occupied by my great uncles Frank and Andrew Woodward and their wives.  My mother Flossie was the only child of the Woodward whanau. I now own and live in what was Frank’s dwelling, part of which was the original farm cottage built in 1873 by my great grandfather Mark Woodward.

Tell us about your childhood and growing up

Unremarkable.  Centred in the Methodist Church… My education has always been broad – my mother was an early female graduate of the University of NZ in modern languages . From her I acquired a love of literature and painting and though I had to choose between languages (French) and physics in the fourth form I later had no difficulty in learning German in support of a graduate year at the Munich Academy of Fine Arts. Much of my later research has been shared with colleagues in Germany in the University at Goettingen and the PTB Braunschweig.

My mother’s friend Lois White – from another Methodist family and a significant New Zealand artist, encouraged me to attend the weekend sketching class of John Weekes at Elam while still at intermediate school.

Since childhood I have attended the Mt Albert Methodist Church and I have sung in the choir for 70 years.  Indeed I met my wife, Shirley (Lindsey), as a chorister and we shared 60 years of marriage together until her death in 2016. We used to walk home to Stewart Rd where the Lindseys lived, after choir practice on Wednesday evenings.  We had four sons, all of whom married, with 16 children between them. They have recently presented me with three great granddaughters. 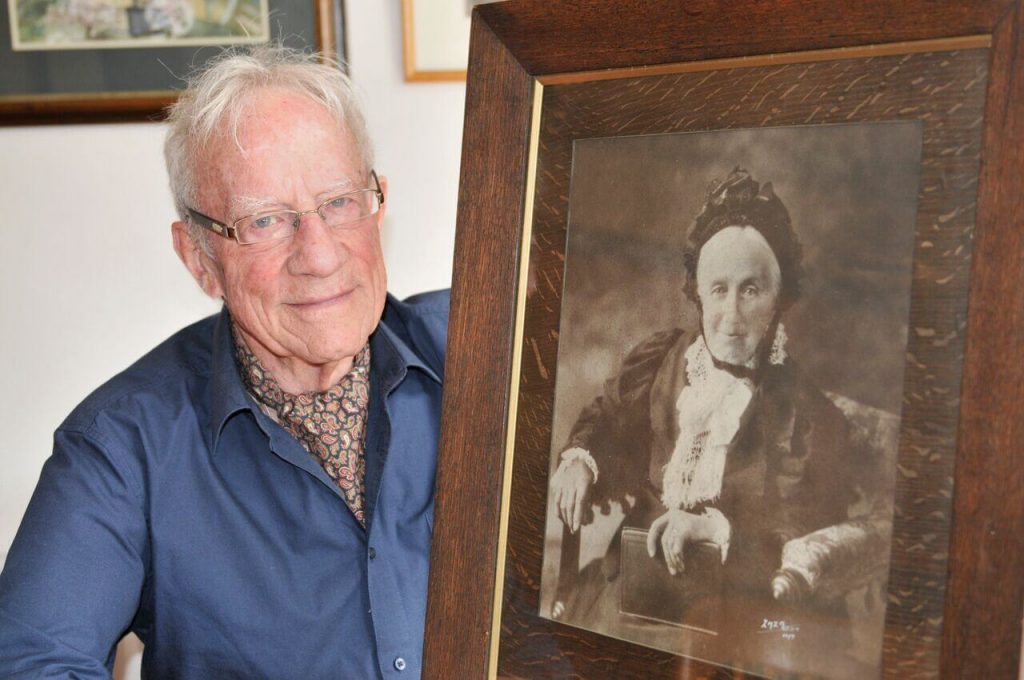 Shirley and I were marrried one Saturday (March 17, 1956) and left for England the next Saturday from Wellington aboard the Tamaroa. It was mid-May. We had virtuallly nothing and a job was urgent on arriving in the UK.  I was a new graduate with a thesis (in Auckland) studying the requirements of buildings for television and that led to an interview with Pye Ltd in Cambridge.

My task was to design and have prefabricated a complete TV studio, control rooms and transmitter (including the mast) in time for the opening of the British Pavilion at the Damacus Trade Fair in mid-August! Apart from the relatively minor hiccup of the seizing of the Suez Canal by Colonel Nasser and the impounding of the ship in Alexandria with the studio in bits aboard, all was accomplished in time. [Picture shows Sir Harold with a photograph of his great-grandmother, Sarah Woodward, who died in 1910.]

Are you a goal-setter?

No I never have been.  I engage with life as fully as I can, expectantly, receptively, rejoicing when things go well, and seeing opportunities to learn in any problems that may arise.  These have been the source of the significant research I’ve been privileged to carry out.

Too many to name them all.  But one would have to be the realisation on the train between London and Southampton one night in 1967 that I was perhaps the only person in the world who knew the fundamental importance of lateral reflected sound for orchestra halls!

The loss of our fourth child – our daughter was still-born in 1963.  I have often reflected that if she had lived, we would probably never have known our fourth son who arrived a year later to complete our family and what a loss that would have been.

Life on planet earth is a chancy business…  Love and Grace have nothing to do with deserving… The sense of blessing (as I have known it throughout my life) is what you make of your luck…  Live expectant of good.

To see my children and grandchildren succeed. 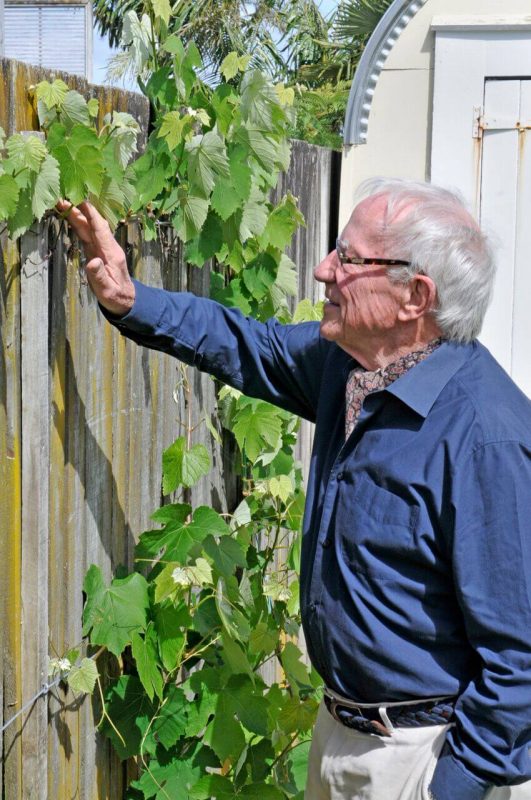 I deeply regret that the city put Auckand’s waste and storm water proper disposal in the too-hard basket for 60 years.

Who are the people you most look up to?

What personal frailty do you most detest?

I avoid being judgemental – or try to!

The dream holiday if money was no object?

I love Hanmer Springs. But by myself? Not much.

If I was cooking, lamb racks with shallots, mushrooms and herbs, or pork fillets with cumin and apples.

The Book Thief, The Girl With The Dragon Tattoo.

Your biggest concerns for the future?

An interesting mix of old and new…  In the past it had a lot of middle-of-the road folk – reasonably successful. Now it is filling up with “successful” people.  Not sure if that is an improvement or not. I hate graffiti and rejoice that it has largely disappeared from Mt Albert.

Proper parking for the railway for park and ride.