The derelict Four Kauri Medical Centre – destroyed by fire more than three years ago – has finally bitten the dust.

Auckland Council has been on the developer’s back now for months and today (see pictures below) the demolition crew broke the back of the job. The shell of the building was smashed to the ground in about four hours and trucks will now take away the debris.

For neighbours, it has been a long wait and they have had to put up with over-grown land and the eyesore of ugly ruins splattered with graffiti and home to rats, mice and late-night revellers with no better place to go.

What happens now is anyone’s guess. The owner has not revealed his hand to the council, but the block is zoned “Residential – Terrace Housing and Apartment Buildings Zone” under the Unitary Plan, allowing an apartment block of between five and seven storeys.

But for the moment the neighbourhood is at least clear of a blot on the local landscape.

How long is long enough? 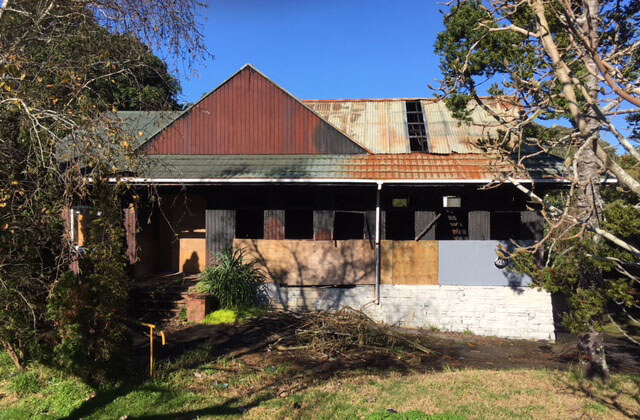 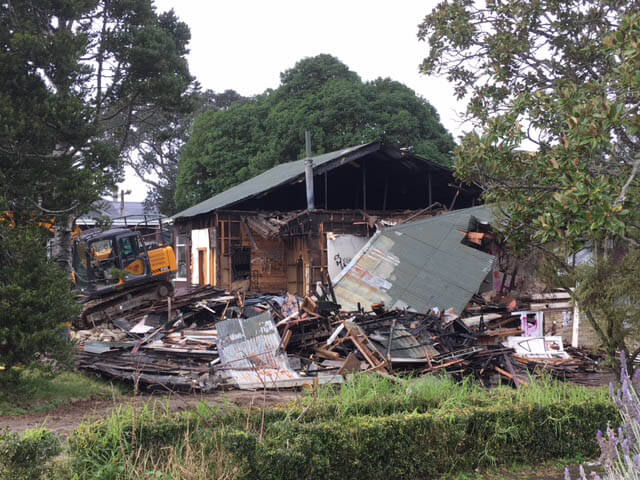 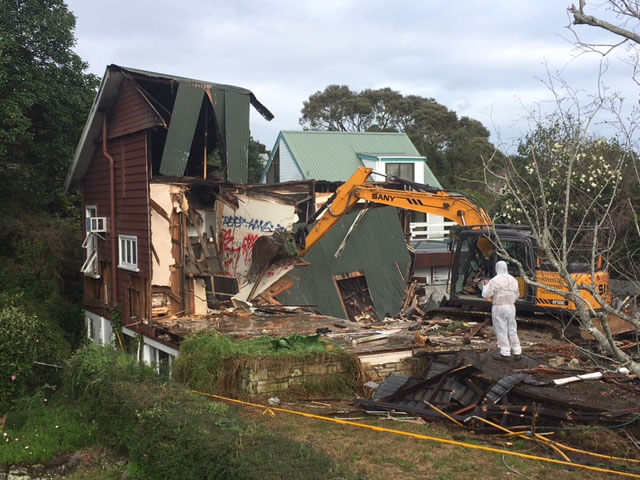 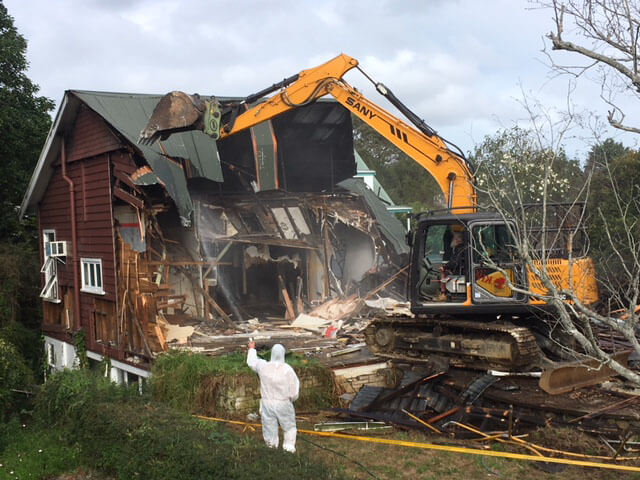 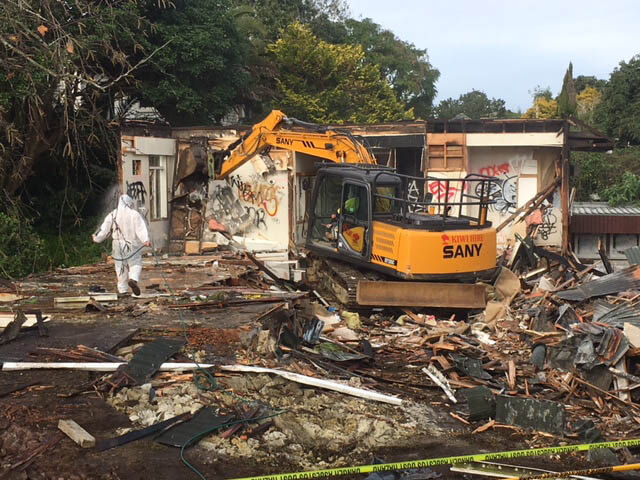 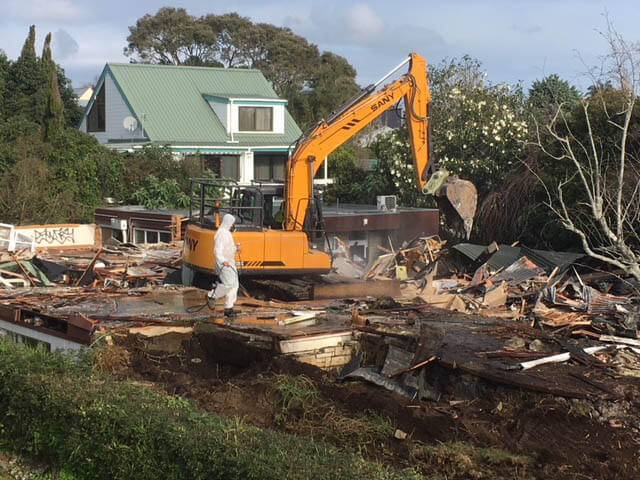