The Mt Albert Residents’ Association is pressing Auckland Council for answers over the decision – against the advice of its own transport agency – to allow Ngati Whatua iwi to sub-divide land it owns within the Unitec block.

As reported by Mt Albert Inc last week, the application by the iwi development company, Whai Rawa, was approved by a duty commissioner, despite the objections of Auckland Transport and the misgivings of the lead council planner. 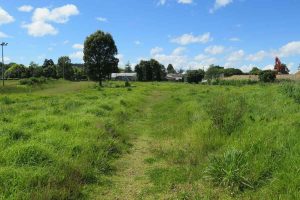 MARA co-chair Sir Harold Marshall has written to Mayor Phil Goff, ward councillors Cathy Casey and Christine Fletcher and local board chair Peter Haynes to show his “surprise and disappointment” at the step.

Sir Harold says it was made clear under the Unitary Plan provisions that such consents on the land – zoned as the Wairaka Precinct – would trigger the integrated traffic assessment (ITA) that Unitec failed to produce in time for the formal hearings.

The commissioner’s decision appears to over-ride one of the specific requirements of the independent hearings panel regarding the enabling of the precinct, he says.

“Was this a deliberate abrogation of the recommendation of the hearings panel? Or could it have been a simple oversight by the duty commissioner?

“Either way it demonstrates a failure of process, as the [council] governing body accepted the recommendation of the duty commissioner and she was demonstrably mistaken.”

Sir Harold says MARA has been advised that it is not possible for the governing  body to now rescind its resolution, correct the failure and cancel the Whai Rawa consent. That would require a Judicial Review.

He asks in his letter: “What then, is to be done now that this error has occurred? At the very least an acknowledgement of the error made by the duty commissioner is necessary.

“This should sharpen vigilance by the governing body to ensure that future consents on the Unitec project conform to the undertakings of the panel to protect the interests of the surrounding community.”

Link to last week’s story on the sub-divison approval