Peter Whitehead grew up in Mt Albert and died in a climbing accident on Mt Tutoko in Fiordland in 1985. His body has never been found. Picture courtesy of the Whitehead family.

The sad story of a young life lost is behind the plaque retrieved from the mud of Mt Albert’s Meola Creek.

The simple metal plaque, embedded in concrete and bearing the name Peter Whitehead, was noticed some years ago – apparently lifted from its original resting place in an area known locally by environmentalists as “the totara forest”, 10m or so away from the edge of the creek near Fergusson Ave.

Roy Clements, the former teacher at Mt Albert Grammar School who was the driving force behind the early preservation of the creek reserve – and after whom the Roy Clements Treeway was named – always knew the memorial was in the ‘forest’.

When it disappeared, he assumed the worst – and that was confirmed when it was later discovered in the creek. It could only have got there through the manpower of vandals, who somehow must have pulled it from its memorial position and dumped it into the water.

Mr Clements and the St Luke’s Environmental Society kept an eye on the encased plaque and enlisted the help of Auckland Council contractors Downers.

When, just last week, the area had dried enough to allow the contractors to bring in a big digger, the concrete slab was raised, revealing the full wording on the plaque: Peter Whitehead Memorial Tree.

That started a search for the family of Peter Whitehead, leading to the school newsletter and then this website.

Investigations by Mr Albert Inc soon established that Mr Whitehead, a former pupil at the school, disappeared in January 1985 while climbing with a friend on Mt Tutoko (pictured below) – a challenging and dangerous 2723m peak in the Darran Range between the lower Hollyford Valley and Milford Sound.

His companion’s body was found at the base of a bluff near the peak icefield, but there was no trace of Peter, then aged 21 and in the first year of a career in computer software. It is assumed that he fell into one of the many gaping crevasses on the mountain.

Peter’s dad, Bob, and his mum, Stephenie, were in England when they were traced by Interpol and told the awful news that their son was missing. As they came back home, childhood friend Lindsay Esler comforted Peter’s younger brother Michael in Auckland – everyone hoping for a miracle.

But there would be no miracle.

Lindsay decided with his parents that they should pay a lasting tribute to his best mate and, with Mr and Mrs Whitehead and Michael, arranged for a memorial service a year or so after the accident, marking the sad occasion with a tree-planting near the edge of the creek.

A small kauri was placed as a tribute, with the plaque embedded in concrete alongside. Over time, the tree apparently died and the concrete slab was somehow dragged out by vandals and toppled into the creek.

Mr and Mrs Whitehead went back to England, but returned here to live in 1995 and, some years ago, walked along the edge of Meola Creek trying to find the tree and the memorial plaque. They found nothing.

Just a year ago, Lindsay Esler went on his own search, but it too was fruitless.

Now that the plaque has been recovered, it is an emotional time for everyone, especially for Bob Whitehead, whose wife died in October. All the memories came flooding back.

But Lindsay is pleased there is finally an answer to what happened to the plaque. 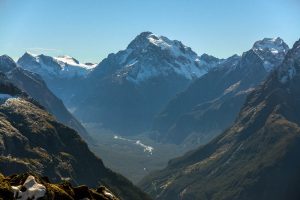 He tells great stories of growing up in Mt Albert, where he arrived from Palmerston North with his family when he was a six or seven-year-old and his dad Alan, a distinguished botanist, took up a position at the DSIR.

It didn’t take long for Lindsay, living in Stilwell Ave, to link up with Peter and Michael, who were further up the hill in Summit Dr. They became great mates through their junior days at Owairaka Primary School and then later at Mt Albert Grammar.

Lindsay talks of tree-climbing on the mountain, double-feature matinee sessions at the De Luxe cinema in the village and endless bike rides. The two boys were early entrepreneurs, too – trawling school galas for comics, selling them for pocket money after they were read, and catching tadpoles at Western Springs to sell to the local pet shop.

They were tight buddies through their years at Auckland University, making outdoor expeditions with field and tramping clubs. Peter was the more adventurous – “he was into the hard stuff; I was more the soft side,” as Lindsay puts it – and soon turned to alpine climbing.

While he was not a vastly-experienced mountaineerer, he was “very cautious, very meticulous”. When the gear found with his climbing partner was examined, it revealed the two young men were carrying very precise and detailed plans.

Lindsay says it was a “terribly tragic” accident and that Peter had left behind loving parents and brother, a steady girlfriend and a great mate who would always remember him.

He would now talk to Mr Whitehead and Michael to decide where to place the plaque.