The Maddaford clan in the late 1960s: Terry (left), Wendy, Rex, mum Pamela and Tony. Captions for other pictures are at bottom of the page.

Terry Maddaford delivered the Herald on Mt Albert streets when he was a schoolboy – and then won his dream job of writing sport for the paper.

He didn’t reach quite the sporting heights of Olympian brother Rex (a fellow MAGS student who wore the silver fern and ran the 5000m and 10,000m at the Mexico games in 1968), but he did cover nine Olympic and Commonwealth games as a journalist in a career spanning around 40 years. And he accepted the invitation to carry the Olympic torch for a relay stretch in the buildup to the 2000 games in Sydney. Terry, now living in Queensland, paints a picture of growing up on our streets…

Growing up here was probably much like life in other suburbs which quickly sprung up around New Zealand after the Second World War.

After briefly living with relatives on Sandringham Rd while my father built our house, we moved into a modest three-bedroom house in Fowlds Ave, home for me, my parents and brothers and sister for more than 20 years. My mother lived in that house until she died in 1984.

My life had begun at nearby Jesmond Dene, a maternity hospital on the corner of St Lukes Rd and New North Rd – these days a telephone exchange after the hospital was pulled down to allow for the St Lukes Rd extension in the late 1950s. 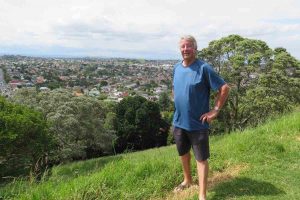 Like most families in the 1950s we got by and quickly settled into making the most of what came our way.

Living a five-minute walk from Edendale Primary School meant there was never the need to be taken to school. Later it was a bike ride to Balmoral Intermediate and then Mt Albert Grammar.

I was lucky in one respect to live and tell the tale. The transition from trams to buses in the mid-1950s almost ended my life. I survived that scare and continued to enjoy the laidback lifestyle of the times.

How did I almost come to an early end?

In those days long before the world became so PC, we enjoyed November 5 as Guy Fawkes Day. Wanting to buy some fireworks, my brother and I scavenged around and collected empty soft drink bottles which could be cashed in. 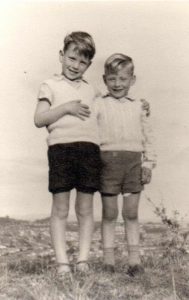 Riding to the local dairy – opposite Edendale School – with a bag of bottles on the handlebars and my brother sitting on the bar, I swung across the road which had been dug up as the tramlines were removed. A combination of a car, rocky road and boy on bike didn’t end well. The woman driver had nowhere to go as she skidded out of control. My brother leapt off and could only watch as I was catapulted into the air – planting my hand on a broken bottle as I fell.

This was all relayed to me the next morning after I woke in Auckland Hospital to the tune of Aunt Daisy’s 9 o’clock welcome. I had been knocked out, had concussion and 40 stitches carefully sewn into my right hand. I was lucky, they said. But soon I was up and about and, with on-going treatment, life returned to normal.

Expeditions to the creek which ran just over the boundary fence at Mt Albert Grammar and at the bottom of Ferguson Ave and Hazelmere Rd regularly rewarded us with tadpoles and frogs. Later, further around the same creek, we would make our way through the scrub between our house and MAGS to the stormwater drain – home to water rats. They were great targets for young boys and their staple-loaded shanghais. And, of course,  “expeditions” up the mountain.

One friend lived in Cornwallis St, his house backing on to what is now the ever-expanding St Lukes Mall. Long before that first sod was turned we spent many hours playing in the tunnels dug out (probably dangerously so) in the vacant land.

Sandringham was our local shopping centre. It was also home to the Mayfair theatre which was the hub of Saturday afternoon entertainment. Jaffas or aniseed  balls rolled from top to bottom added to the enjoyment of Superman and other movies. 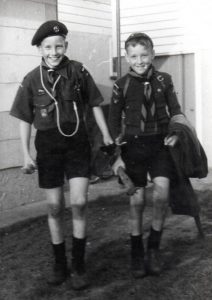 One afternoon the peace was shattered when a car failed to take the bend and planted itself in the front window of the butchers’ shop, much to the delight of those kids who poured out of the “bug house” to see what had happened.

Without knowing it at the time, my future wife was also a regular at the Mayfair on those afternoons – something we could reminisce over many years later.

All-encompassing shopping centres – think Balmoral and Mt Roskill – were very much the vogue in those days. Shoe shops, a chemist, jeweller, a couple of butchers, stationers, a couple of dairies, a fish shop and chemists. Later the Hop Inn – a popular takeaway in the early days of that phenomenon – and then a flash Post Office, now home to a liquor shop.

Once a week Mum rang Bill Dickey at our local Four Square – on the corner of St Lukes and Taylors Rd, now home to Caci – with her grocery order. Later the same day either Bill in his van or a boy on an awkward-looking bike with a big basket over the front wheel would deliver.

In those very early days, delivery was big. I still remember Mr Long the milkman who, big urns on the back, made his delivery with horse and cart. There was also the ice man – long before Michael Jones – who delivered large slabs for those families without fridges who relied on “safes” to keep things cool. Later, the bread man also delivered and boys on bikes brought the newspaper – the Herald in the morning, the Star in the afternoon. It’s all hard to envisage now with the plethora of shopping available at St Lukes. 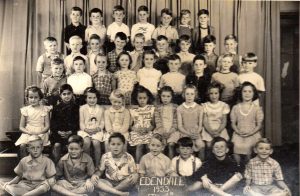 Our early introduction to sport came with weekly tram trips from the stop outside Edendale School to the YMCA in the city. The thrill of the charge in a rattling tram down Wellesley St was the highlight.

Later we played rugby for Eden. Initially training was at an indoor “tan” in Parrish Rd. My father coached the team early on. I don’t think we were very good in those days and I remember once after a trip south to play Papatoetoe where we were thrashed 48-0, one of my team-mates asked dad, “please sir, who won?”

I also remember the biggest trip we made – to play Takapuna at Taharoto Park, now the home of the Takapuna soccer club. It was an early start as we had to get into the city and queue for the vehicular ferry for the short harbour crossing and the journey on to the rugby ground.

While at Eden, the club built clubrooms at Gribblehirst Park – complete with a tan – and we moved there.

Sport played a part in our lives and later became much bigger.

We played tennis in Grove Rd, and the courts remain to this day, and we swam at the Mt Eden Swimming Club in Bellevue Rd, Mt Eden, which too has withstood the ravages of time. We went to Scouts, initially at a church hall on Balmoral Rd and later at a purpose-built den at what is now known as Edendale Reserve beside the school. 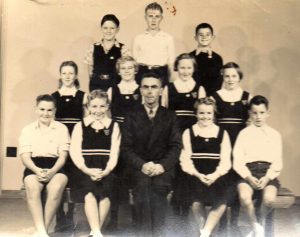 The biggest employers in the area in those days were Crown Bakeries, just around the corner from St Lukes Rd on Sandringham Rd, and United Drycleaners across the road on the corner site now home to a large service station. On the opposite corner was another, long-gone, block of shops and further along towards the school more shops including, on the corner of Jason Ave (the street in which my grandparents lived before they made the huge move to retire to Stanmore Bay) Mr Collins, the grocer.

Like, I suspect, in all such communities in those days, there was a feeling of belonging. Friendships were quickly made and became the cornerstone of life as we knew it sans television or any other intrusions.

For many years I delivered the Herald. I can still remember the day the Herald — at a time when classified adverts were the front page offering – proclaimed boldly on page one “The King is Dead.” The next day it was back to the norm with boring classifieds adorning the front page. Later, in my days at MAGS when I was still delivering the Herald, I remember the paper was re-styled with news, heaven forbid, on the front page! 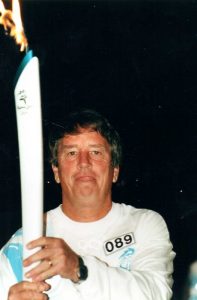 I covered a wide area on my various newspaper rounds, initially with the Auckland Star, around Gribblehirst Park, and then on a number of routes with the Herald from depots on the corner of Sandringham and Mt Albert Rds and later at the then Owairaka tram terminus. It was certainly a good way to find out what was happening.

For years there was nothing but scrub between the back of our house and Mt Albert Grammar. Slowly that changed to what has now become a massive semi- industrial and residential mecca.

After time in provincial cities, I returned to Auckland in 1970 and in 1971 was living in Oxton Rd when the St Lukes shopping complex opened. To compare what is there today to what we had in the early 50s is impossible. Much like the way Morningside and Kingsland – where my father had attended Kowhai Intermediate after he had followed my grandfather through Edendale Primary – have exploded.

I still remember the “good old days” at Eden Park where we could camp out overnight to be first in line to get a ticket for a rugby test, or the time, in 1960, I stood on the roof of the toilet block in the centre of the old northern terraces watching as Waka Nathan scored “that” try as Auckland beat Canterbury to retain the Ranfurly Shield. Or the days spent at the ground watching test and Plunket Shield cricket.

Later, in the early 1960s, my brother Rex, who would represent New Zealand at the 1968 Mexico Olympics in the 5000m and 10,000m, and I joined the Owairaka Athletic Club. That became another chapter in our life living and growing up in what is now broadly seen as “central Auckland.”

They were great times. It is only when you move away, experience other places and lifestyles you realise that perhaps the “good old days” were, in fact, just that.

CAPTIONS (top to bottom): Terry Maddaford pictured in 2017 on top of the mountain where he made “expeditions” to as a youngster; Terry with his younger brother, Olympian Rex; Rex joins his older (by barely a year) brother on a Scout exercise; Edendale School class in 1955, with Terry third from right in the back row; class prefects at Edendale, with young Maddaford on the right in the front row; carrying the Olympic relay torch before the 2000 Olympics.