The aquatic centre and wave pool – can we hold on to it?

Once you’ve got a community asset, you never lose it – right? In most cases, yes. But as Bruce Morris notes, there’s no certainty we’ll get a new public swimming pool when the Mt Albert Aquatic Centre closes in seven or eight years. Perhaps even earlier.

IF YOU’VE ever wondered about the value of a local swimming pool, here’s a statistic that might change your mind: 340,000 people visit the Mt Albert Aquatic Centre each year. Perhaps think of it this way: six or seven times the population of Whangarei pouring through the doors annually at Alberton Ave.

That’s an impressive endorsement of a community asset that has given vast pleasure in the 19 years since the doors were flung open.

Yet the centre – with a 25m competition pool, a wave pool and hydro slide, spas, sauna and steam room – will be gone from its perch in the grounds of Mt Albert Grammar School in seven or eight years.

It may not even last that long. 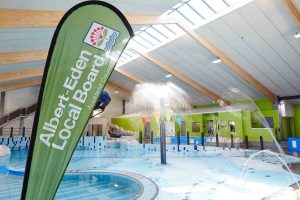 Unlike the old bungalows and villas in the streets around MAGS, the centre – owned by the Mount Albert Grammar School Community Swimming Pool Trust and managed by a third party contractor under the supervision of Auckland Council – wasn’t born with great bones.

The revamp was never intended as any more than a plan to keep the pool running for a maximum of a further 10 years, ending its life in 2025 or sooner. Maybe as early as 2022 or 2023.

And then another pool complex will be built in its footprint, right? No, certainly not.

To start with, the school has other priorities for the land – their land. The MAGS roll has more than doubled since the centre was built and, among other things, the space is needed for extra parking for the almost 300 staff.

The pool centre is used in only a limited way by pupils so its closure will not be a major problem for the school, and the fall-off in traffic and elimination of some safety issues will be welcomed. (At the moment, parking for the pool is alongside the complex and cars need to travel through the school grounds to reach it.)

When time is up, the building may not be demolished. Instead, it could be converted or modified to better suit the needs of the current and future student community.
But it opens up a major issue for the people of wider Mt Albert.

The debate over the fate of the pool and where a new aquatic centre for the centre-western suburbs of Auckland will go has quietly built since 2015, with the Albert Eden Local Board doing its best to keep the issue before the local community.

But it’s been difficult to sustain public interest or concern when the pool will probably be with us for a few more years yet – even though there is a risk Mt Albert may not get a replacement when the old one slips away.

The council doesn’t have the money to plonk pools willy-nilly around the city and there’s a danger that New Lynn (the leading candidate) or Avondale, which are both lobbying for an aquatic centre, may win the prize.

Optimists would see two pools in the centre-west – a new one at New Lynn, which seems to be favoured, or Avondale in the short to medium term, and a replacement in Mt Albert once the present aquatic centre expires. But, of course, it all comes down to money. And politics.

Mt Albert people would have been encouraged by the 2017 decision of the environment and community committee, which effectively endorsed a “community facilities network plan” put together by council officers.

The plan found there is a need for two pools in the.centre-west, and committee chair Penny Hulse told Mt Albert Inc through a council staff member: “The council is committed to continued provision of aquatic services in Mt Albert. Our recent investment in the Mt Albert Aquatic Centre ensures there will ongoing provision in the medium-term during which time council will consider the longer-term options.”

When we asked if that meant the intention is for a replacement pool in Mt Albert once the aquatic centre goes, the answer was an unequivocal “yes”. 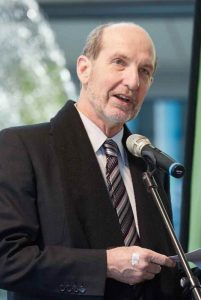 But things are not as simple as that.

A pool for Mt Albert has not yet been written into the council’s commitments for the future. There is still a chance it could be pushed aside as the council works to find a balance between keeping rate rises low and funding the huge array of works that need to be done across the city.

Board chairman Peter Haynes (pictured) notes that the network plan gave an undertaking to “investigate the provision of pool space in the western corridor from Mt Albert/Mt Eden to Glen Eden to address gap in provision and population growth, and at the same time resolve the long-term future of Mt Albert Aquatic Centre which either needs to be replaced on a new site or redeveloped on the existing site.”

Putting aside the almost unbelievable suggestion the pool could stay where it is, Dr Haynes says he doesn’t read the plan as giving any comfort at all to Mt Albert people seeking to keep a local pool. Other council officers apparently tend to support that view.
“We will still have to convince the governing body that the Mt Albert pool should be included in the long-term plan,” he says. (The long-term plan is effectively the council’s budgeted commitment for the 10 years ahead, and it is updated every three years. Once a project is in the plan, it is costed and likely to proceed. But it has to get there first.)

As Dr Haynes explains: “If it is not included in the long-term plan this time, then it will have to be included at a later date at the expense of something else, and after a pool has been completed in New Lynn.

The local board has been fighting in Mt Albert’s corner and has identified two tracts of council land that could house a new complex – in Chamberlain Park, as part of the board’s masterplan to redevelop the golf course, and behind the Mt Albert Community and Leisure Centre at Rocket Park.

Those sorts of options look straightforward, but these things are never simple.

The Chamberlain Park plan has yet to receive funding beyond its first stage and is under attack by a pro-golf lobby; and the traffic issues in either location will draw opposition, no matter how much wider Mt Albert wants to retain a pool. It takes a lot of car journeys to deliver 340,000 swimmers.

The local board and ward councillors have plenty to work on before the council long term plan is refreshed in July 2018, and they need our help to ensure we hold on to what we’ve got.

Raised voices on a worthy cause are a powerful weapon. Next time the issue is raised in public, let the council know how strongly you feel.