He’s a green-eyed charmer and dashing dresser, regularly snapped sipping champagne and mingling with A-listers at all the right events.

But when the party’s over, it’s to good old Mt Albert that local boy-turned-international model and television personality Colin Mathura-Jeffree heads home.

Fiercely proud of the suburb he grew up in and returned to after a successful stint overseas, our very own local celebrity wouldn’t consider living anywhere else in Auckland. 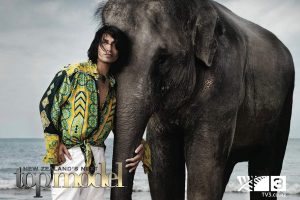 Mt Albert, he says, was and remains “proper New Zealand”. With its strong sense of community and happy family memories, living here suits him right down to the ground. And it’s got great cafes!

Colin’s career trajectory is the stuff of a movie script — good-looking and colourful Anglo-Indian lad raised in suburban Auckland who was discovered one day as he walked down Queen St with his sister.

His modelling career saw him walking for Versace and led him to India — the first in four generations of his family to go — where he was based for several years.

Then it was back to New Zealand, where he quickly built a profile as a fashionista and social butterfly. But don’t be fooled, it’s not all parties and play. He has built a successful business being Colin Mathura-Jeffree, model, brand ambassador and television host.

Before all that, there was growing up in Sandringham and Mt Albert. The very charming Colin was clearly always popular. As a youngster, he was always part of a moving mass of kids at play roaming the streets and up on the mountain itself after school. 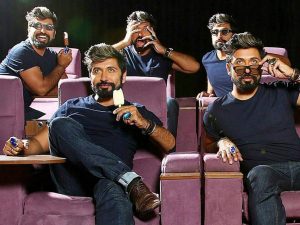 Many of the friends he made at Edendale Primary have remained friends for life. His Facebook page shows photos from a reunion held at the Lord Kitchener bar in Sandringham at the end of last year. Of course, everyone’s much older, but they’re still teasing him about his enduring passion for dinosaurs.

Colin’s early years were spent in Sandringham, before the family moved more into Mt Albert so he and his elder brother could attend Mt Albert Grammar School.

Growing up as an Anglo-Indian in 1970s Auckland had its interesting points, even without a colourful personality and pronounced love of fashion.

He remembers staying over at friends’ houses and struggling through offerings of curried sausages from well-meaning parents. “They told me it was something they thought I might like,” he says.

“After that, living in India was an interesting experience. In New Zealand, we were considered Indian, but in India I was considered a New Zealander,” he says.

MAGS, too, was largely a happy experience. Despite being “rather naughty”, he claims to have stayed out of any serious trouble, although he remembers run-ins with staff, caused not so much for what he had done but who he was. 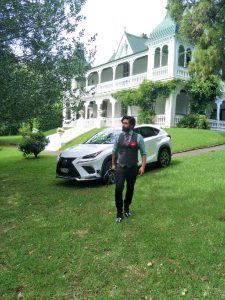 Things came to a bit of head in his seventh-form year. At the start of term one, he remembers being summoned, against a background of oohs and aahs from classmates, to the office of then-headmaster Greg Taylor.

“We hadn’t crossed paths before and Mr Taylor said he wanted to meet me. I had received the highest number of votes for prefect from staff and fellow pupils and he wanted to know why.

“Quick as a flash I replied, ‘Because it’s a boys’ school and I have a very beautiful sister’.”

Colin also remembers leading a mini rebellion against the newly introduced school uniform. There was no way he was going to be seen in polo shirt and shorts — “that was far too low rent”.

Instead, he marched off to the school uniform shop, found a school tie, and together with a group of like-minded friends turned up in white shirt and tie and trousers.

“We got a lot of support from a lot of people in the community. They thought we looked very sophisticated and like students from a private school, which they liked.”

These days, he lives in the heart of Mt Albert and is busy preparing for his new television show, The Great NZ Dance Masala, an Indian dance competition series.

If you see him at a local cafe, chances are he’s there for a business meeting — “I always arrange to get them to come and see me in Mt Albert.”

Good to know that Mt Albert remains a key part of the Colin Mathura-Jeffree brand.