As chair of the Albert Eden Local Board, he used them as part of a presentation to Auckland Council to promote the plan to rejuvenate the town centre. 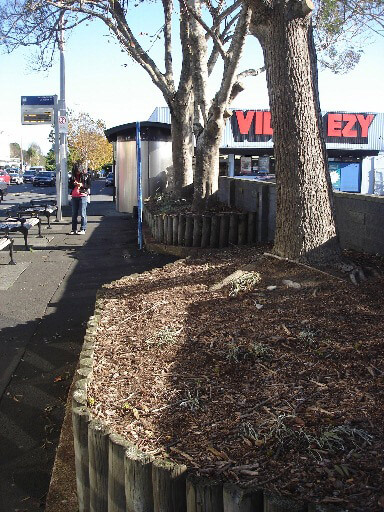 Put those pictures alongside what we’ve got today (as shown with one of them here), he says, and you wouldn’t believe the transformation. Yet some people have even suggested we go back to what we had.

While the village upgrade may not be perfect in everyone’s eyes, Dr Haynes insists it’s nothing like the failure some are claiming. If we give it a chance, he says, we will in time look back and decide it’s pretty good,

Whatever we think, though, the board chair makes the point that we need to remember just how awful it was up until 18 months ago and understand why the project was vital if the town centre was to survive.

Auckland Transport has shouldered most of the criticism of the upgrade and its flow-on traffic problems, but the board hasn’t escaped the torrent either.

He sees it as part of the rough and tumble of politics, but is disappointed the focus has been on criticism rather than welcoming an advance for Mt Albert..

Dr Haynes certainly thinks there were deficiencies on the part of Auckland Transport, which oversaw the project, and notes the remarks of the AT chair, Dr Lester Levy, at the “opening” in May. (Dr Levy said he had instructed his new CEO to find a new model for future town centre projects so they could be completed more quickly and with less upheaval.) 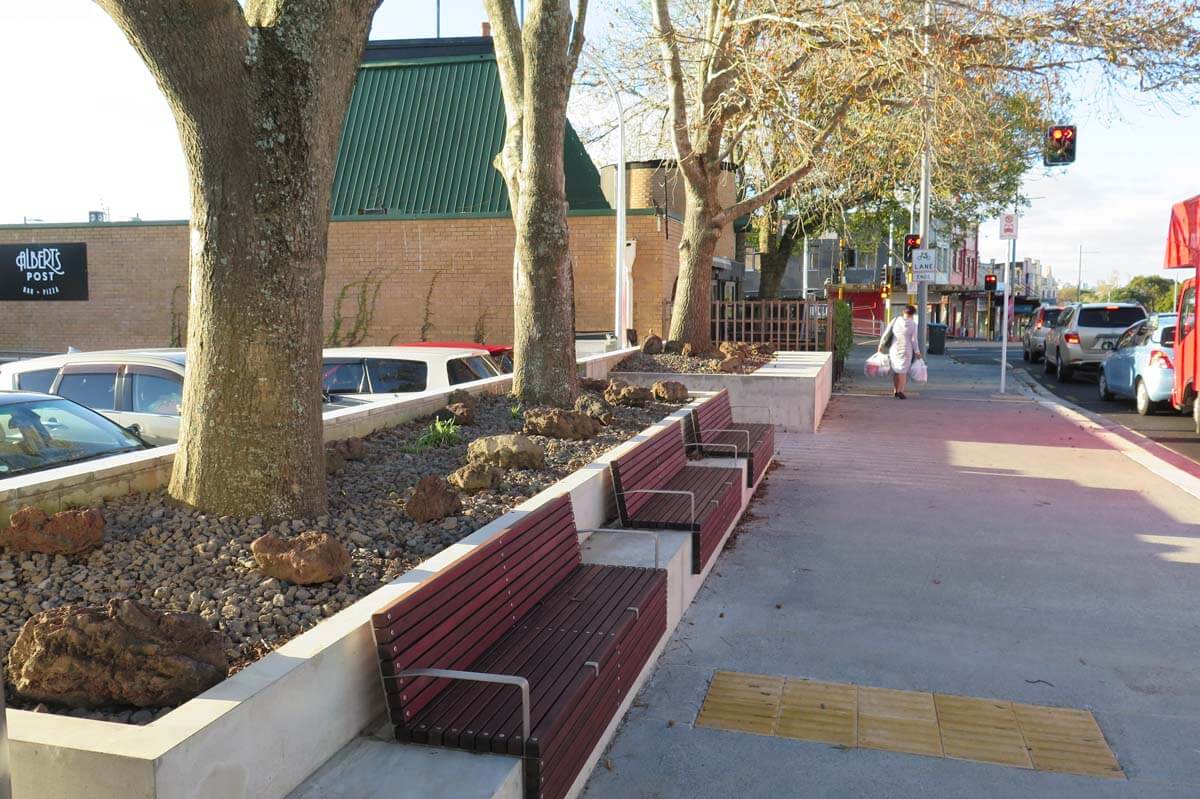 “They [AT] didn’t do the delivery very well and that is acknowledged by them,” says the board chair.

Now, three months on from the opening as AT is still fiddling with the light phasing, sorting out signs and battling with clearway recalcitrants, the board has decided it will spend some of its own reserves to improve public perceptions.

It always thought the pocket park would be finished by AT to an appealing and pleasant level – and that lights would be installed over the carparks at the tennis club and behind the ASB Bank – but now accepts that won’t be done. Along with the inadequate signs, that’s disappointing.

Rather than arguing further, says Dr Haynes, the board has decided to meet those extra costs from its own reserves. It may take a few months to organise, but a less-bleak pocket park, some extra greenery in the shopping strip and the lights will all be sorted.

As for the criticism of the austere wide footpaths, the board chair says they look rather more inviting than what used to be.

“Look, it’s winter and, even then, things now look so much better. I think we’ve got very short memories and a lot of people are re-writing history.”

His view is that most people will think differently once the spring sun really breaks through and businesses start responding to the upgrade and take advantage of the new layout.

But, he adds, it’s not up to the board to throw around hanging baskets. It’s a business responsibility to improve the environment once the stage has been set.

When people talk about the fairy lights that make Kingsland so appealing at the moment and wonder why they aren’t in Mt Albert, for example, they need to understand they are paid for by the businesses, not the local board or council.

Dr Haynes says the business association has its frustrations because many of the shop owners are “not engaged”. But the board has been funding the association with $10,000 a year grants to try to get better buy-in and, hopefully, future business improvement district (BID) status that allows special rates to be struck and returned for local investment.

While accepting that AT was responsible for delivering the upgrade to the agreed shape, some critics have wondered about the role of the local board.

It was their project, their budget, so shouldn’t they carry some responsibility if there were defects? They signed off the plans after all.

Dr Haynes says blame for the delays should be sheeted home to AT because the board was “just as much a victim as anyone else… AT should have done it better”.

Putting the traffic issues aside, he says the board shares the overall responsibility for the upgrade outcome but certainly didn’t agree that “it’s been a terrible failure… there’s an element of hysteria there.”

He and fellow board members took the advice and guidance of experienced senior officers of the wider council through the design stages, which went to wider community consultation, including business. In the end, 94 per cent of people responding to consultation gave the design a “yes”.

As AT continues to refine the work on meeting its responsibilities – and as the traffic frustrations and rat-running build – Peter Haynes offers a final thought: “Let’s see what it looks like in the summer.”

Eartier stories in the series:

It’s time for AT to keep its word

‘Do it properly or not at all’